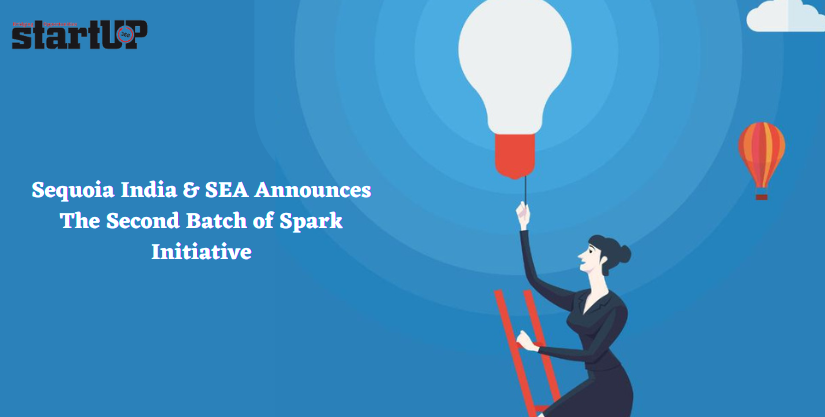 The Second Batch of Spark Initiative has been announced by Sequoia India and Southeast Asia. Eight women entrepreneurs from India and four from Southeast Asia who operate in a variety of industries including direct-to-consumer, climate tech, health tech, SaaS, B2B, Web3, and consumer internet, make up the second cohort (D2C).

Among the mentors in the program are Anshuman Singh from Scaler, Ashwini Asokan from Mad Street, Chaitanya Ramalingegowda from Wakefit, Hande Cilingir from Insider, Siu Rui from Carousell, and Yamini Bhat from Vymo. In addition, they will receive mentorship from a senior Sequoia India and Southeast Asia investment advisor over the course of the program.

According to Sequoia Capital, mentoring will be essential in assisting entrepreneurs to develop solid products and go-to-market strategies, which will then enable them to raise their initial rounds of funding.

The entrepreneurs who made the shortlist will also get access to some Surge sessions. They will receive mentoring in a variety of areas including hiring, product, legal, finance, product, technology, and marketing, from Sequoia India and Southeast Asia portfolio expertise.

Eight of the 12 firms that made the shortlist are based in India, while the other four operate in Southeast Asia. Many of the company founders have experience in their respective fields, and some are experienced business owners who have scaled larger enterprises in the past.

On the other side, the inaugural cohort of Sequoia Spark included 20 female founders across 15 startups. Ten of these firms raised money from VCs and angel investors in seed and series A rounds. After completing the Spark program, one startup was acquired by Wipro who raised $51 million in the process.