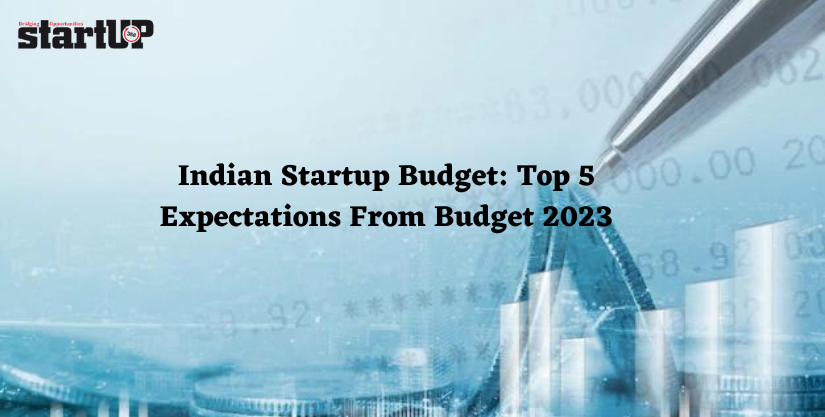 Indian Startup Budget: Our entrepreneurial spirit is one of our greatest characteristics, and India is quickly becoming one of the most robust business environments in the world. The third-largest and one of the fastest-expanding startup ecosystems in the world is in India, and it has played a crucial role in the economic and social advancement of the nation. In addition to bringing a myriad of disruptive innovations to the market, startups play a significant role in the creation of jobs throughout India. Most new jobs in every state in the union and in every sector are created by startups intent on growing their businesses.

In order to support small businesses and empower entrepreneurs, India is working to launch and develop a number of new industries, including electronics, semiconductors, manufacturing, and renewable energy. Attracting and motivating entrepreneurs and investors to participate in and spur growth in these new-age industries is essential for the success of the nation. Therefore, a number of industry leaders are interested in what the Union Budget’23 has to offer this year. Among the few demands and suggestions made by business experts regarding the budget are:

The Indian start-up ecosystem, according to Ridhima Kansal, Director at Rosemoor, “is no longer merely a peripheral entity but is increasingly taking center stage in the larger India Inc. After the United States and China, India now has the third-highest number of start-ups worldwide. It is crucial that the government support start-ups in the current Budget by taking responsible action. A distinct taxation system for startups that can include PE players, VCs, etc. is urgently needed. The government should also support Indian start-ups in their efforts to list on international stock exchanges. They would be able to obtain easy and seamless financial inflow thanks to this.”

When India was competing to become the next startup capital of the globe, this funding block took place. It is currently unknown if these strategies to promote startup investment will be clarified in the Budget for 2023–2024. It may soon be possible to encourage entrepreneurship by providing government programmes with cash for firms with significant growth potential. According to Delphin Varghese, co-founder and chief business officer of Adcounty Media, “Entrepreneurship education with the aim of increasing employability through the transfer of labour-market-valued skill sets may also be on the government’s agenda.”

The winter frost hit much too early for Indian entrepreneurs, according to Lokendra Singh Ranawat, CEO of WoodenStreet, who cited certain records, as startup investment reached an all-time low in the third quarter (July-September) of the previous fiscal year. The lowest startup funding in India in the past two fiscal years, is $2.7 billion over 205 deals, according to the PwC report. This unmistakably indicates improved deal-making prudence and a stronger focus on the profitability and expansion of investments.

Taxpayers should gain from the budget for 2023–24, with a focus on potential economic benefits. The service class can also anticipate long-term benefits like medical insurance, pension payments, post-retirement benefits, maternity benefits, and so on in the forthcoming budget. Furthermore, the present administration will concentrate on its major objective of developing a budget that encourages overall economic growth now that the Indian economy has started to recover from the financial effects of the pandemic crisis. Companies from the tech industry believe that the manufacturing industry will benefit from the introduction of new technology and the adoption of sustainable business practices.

According to Ashish Aggarwal, Director of Spacemantra, the government has discussed enabling nationalised banks to use accrued GST credit as leverage. There is no better time to implement this and bring in liquidity than right now, given the worries that another epidemic could endanger humanity. This will help SMEs and startups as well as give banks the opportunity to use lending ceilings from the previous two budgets that were not fully utilised. In order to develop organised entrepreneurialism and finance education practises for colleges and to support the subsequent generation of prosperous entrepreneurs, a startup founders committee should be established.

Overall, it is anticipated that the government would adopt a comprehensive approach to understanding the needs of the startup community and move forward with giving more assistance for creating an ecosystem that fosters community growth.