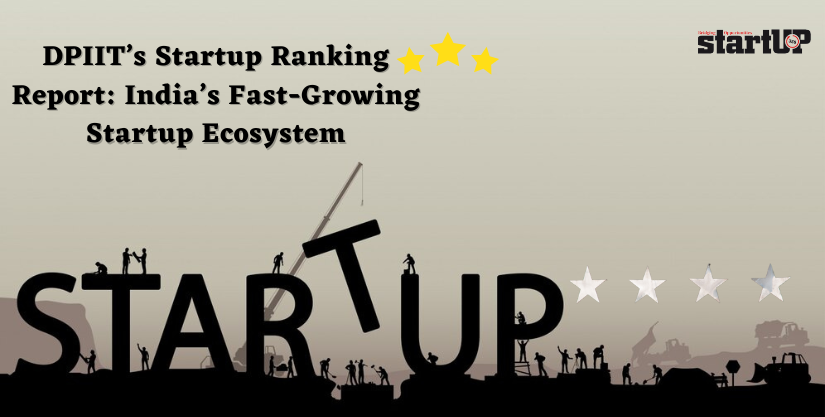 The States’ Startup Ranking, an annual assessment by the Department for Promotion of Industry and Internal Trade (DPIIT) rates the States and UTs in the country according to how robust their startup ecosystems are. In February 2018, the framework made its debut.

The report gives each state a score out of 100 and includes 26 action recommendations, such as supporting enablers’ capacity building, mentorship, and institutional support, among others.

A total of 28 States and 8 UTs took part in the exercise, and they were divided into five groups as a result. These groups included the top achievers, leaders, future leaders, and startup ecosystems.

Telangana, Kerala, Maharashtra, and Odisha were among the top-performing states from Category A. Jammu & Kashmir was also represented in the group as a member of Category B.

The startup leaders consisted of two States and a UT from Category B (Arunachal Pradesh, Goa, and Andaman and Nicobar Islands), as well as five states from Category A (Tamil Nadu, Uttarakhand, Uttar Pradesh, Punjab, and Assam).

The aspirant leaders made up the fourth group. The States of Chhattisgarh, Himachal Pradesh, Madhya Pradesh, Manipur, Nagaland, Rajasthan, and Tripura were also included in this group, as were the UTs of Chandigarh, Dadra and Nagar Haveli, Daman and Diu, and Delhi.

The rankings are determined by the steps taken to create a startup ecosystem that supports entrepreneurs. These programs include the Startup India initiative, several funding and incubation support programs, and the declaration of January 16 as ‘Startup Day’ by the government.

According to the Minister of Commerce Piyush Goyal, “We have 70,809 startups right now, but with further effort, we could have a lot more. This number, in my opinion, understates the actual number of individuals with startup ideas” .

Anurag Jain, the DPIIT secretary, announced the information and said, “We are even ahead of the US in terms of the number of startups getting founded each day. Consequently, we are heading in the right way “.