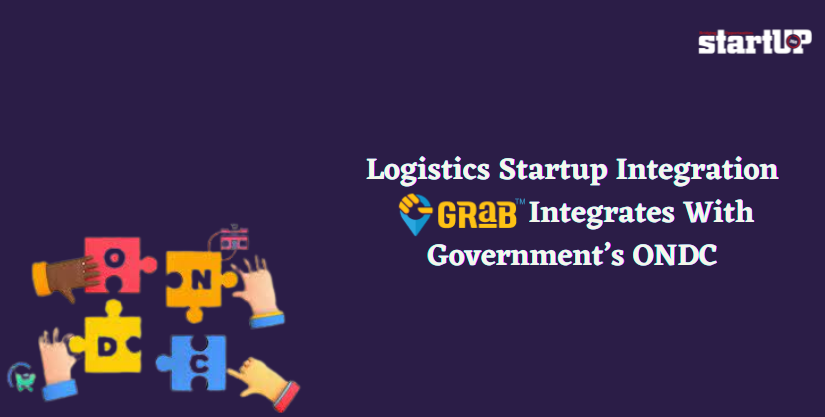 Logistics Startup Integration: Grab.in, a startup owned by Reliance Retail and specializing in last-mile logistics, has integrated its platform with the Open Network for Digital Commerce (ONDC) network, said a senior executive at the company. Reliance Retail which owns about 80% of the company has a subsidiary called Grab.in.

Grab.in, situated in Mumbai was acquired by Reliance Industries in 2019 and is now a subsidiary of Reliance Retail. While Dunzo, backed by Reliance Retail, is already listed on the ONDC as one of the logistics partners, Reliance enters formally with Grab. The much-hyped network, which is positioned as a disruptor to challenge Amazon India and Walmart-owned Flipkart’s dominance of the e-commerce market by bringing unorganized retailers online, is a much-hyped network.

The ONDC network has begun a pilot program in six cities across categories like groceries and small bakery goods.

“The pilot project with the ONDC has now started, and it is in its early stages. In order to give our clients across industries a seamless and effective delivery experience, we look forward to expanding our cooperation with the ONDC” Sanghvi said.

Delivery of orders placed on the network would depend on the ONDC’s integration of third-party logistics players. Onboarding merchants, logistics partners, and other stakeholders onto the network is a top priority for ONDC executives in order to facilitate more transactions across the nation.

On the ONDC network, sellers have the option of handling delivery fulfillment alone or by partnering with an integrated logistics service. The ONDC has already been incorporated by logistics companies like Ekart, the logistics division of Flipkart.

“At the moment, the emphasis is on integrations and making sure that the consumer experience is positive when they use it, as that is crucial. Platforms like PhonePe are firmly focused on the buyer side integration, which is why as the network prepares to scale”, according to one of the people who is familiar with this.

Although the ONDC is still in its infancy, some anticipate that it will have a similar effect on ecommerce as the Unified Payments Interface (UPI) did on digital payments.

By the end of August, the platform hopes to be live in 100 cities. On June 25, its chief executive said that over 150 apps would soon be connected with the network and that a number of players on both the buyer and seller sides were planning to join the ONDC.