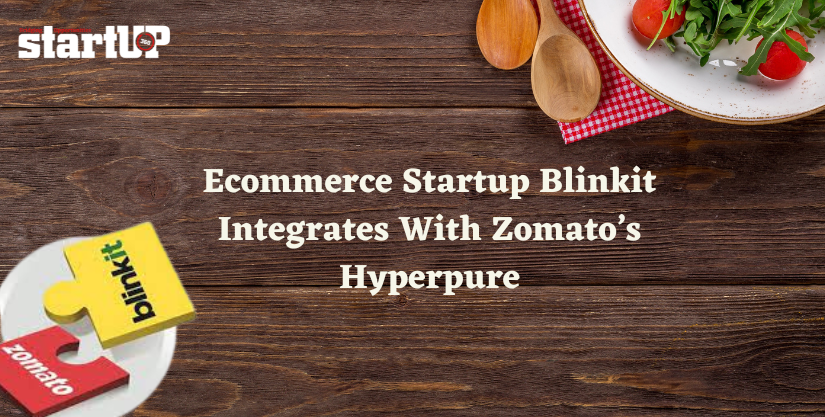 Blinkit Integrates With Zomato: Once more, Blinkit is closing warehouses, but this time it’s to consolidate its business with the leading meal delivery service Zomato, which is in the process of acquiring the Gurgaon-based rapid commerce startup.

The company had to stop operations earlier in March and shutter several of its dark locations in order to adhere to its 10-minute delivery guarantee. The action was perceived as an effort to more effectively compete with Mumbai-based Zepto, which was actively pushing 10-minute delivery at the time.

Although sharing a delivery fleet has been heavily discussed by both companies, the integration of the backend is now the primary focus.

This helps Blinkit save a lot of money because the joint company can share resources like its backend fleet and workforce in addition to lowering procurement prices as a result of economies of scale.

In preparation of the acquisition closing in January, Blinkit began integrating with Hyperpure in Bengaluru and Chennai by purchasing fresh produce from the business-to-business sector. According to them, integration with Hyperpure is now ongoing or finished in Mumbai, Jaipur, Hyderabad, Pune, Ahmedabad, and Kolkata.

Blinkit now procures fruits and vegetables from Hyperpure but has ambitions to expand its product line to include perishables like bread and dairy products. Testing for these additions is expected to begin in a month. As packaged foods and groceries don’t fit into Hyperpure’s categories, Blinkit will continue to purchase them separately.

Since June 7, businesses have abandoned their 10-minute delivery guarantee and are experimenting with different cost-saving measures, such as grouping several purchases. Companies can improve their margins by vertically integrating.

Both the front end and the back end of Blinkit and Zomato’s technology are being integrated.

Blinkit has always had lofty goals; by shipping goods outside of the rapid commerce arena, it hopes to enter the larger eCommerce market. Internally, the company’s town hall is referred to as “Apples-to-Apples,” a reference to the company’s goal of eventually providing everything from the fruit apple to Apple products like the iPhone.

One of the cofounders, Saurabh Kumar, was among several senior-level employees that left the company in the previous year. Later, he founded Warpli, a business with goals comparable to those of Blinkit. It aims to provide all of an eCommerce platform’s features in 30 minutes.