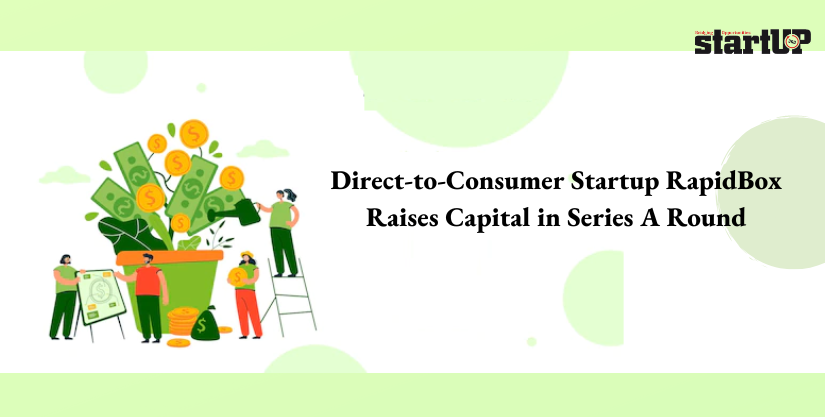 The footwear, sports, and fashion-focused direct-to-consumer startup RapidBox revealed on Thursday that it has raised $4.5 million in a series A fundraising round.

Ananya Goenka, an investment banking analyst, Tanglin Venture Partners, India Quotient, and SIG Venture Capital, the Asian venture capital division of the Susquehanna International Group of Companies (“SIG”), were the leaders of the most recent funding round.

According to co-founder Arun Paliwal, “As a young company, we believe there is plenty of possibility for expansion as we meet the expanding footwear and fashion needs of aspirational and upwardly mobile customers. RapidBox was established to fill a market need in the footwear sector, with an emphasis on improving both product quality and customer satisfaction”.

In 2019, Arun Paliwal and Manoj Baranwal started a startup in Bengaluru that sells its goods on popular e-commerce sites like Flipkart and Myntra. The full-stack tech-driven company announced that it will utilize the money to increase its product line, improve customer service, and promote its brand.

According to equity research company B&K Securities, India is the second-largest footwear consumer and producer market in the world, accounting for 11% of global footwear output. Consumption of footwear in India increased from 2.05 billion pairs in FY15 to 2.56 billion pairs in FY20, growing at a CAGR of 4.5%.

According to Bhavani Rana, an investment consultant to SIG Venture Capital, “Since the introduction of social media, consumers from all demographic groups have access to the newest footwear trends and have a common desire for these goods.RapidBox satisfies these ambitions by delivering beautiful shoes at price points that work for the economy market through quick innovation”.

According to B&K Securities, increased urbanization, rising disposable income, and increased penetration in smaller towns, particularly post-pandemic, are all contributing to an increase in demand for footwear in India.