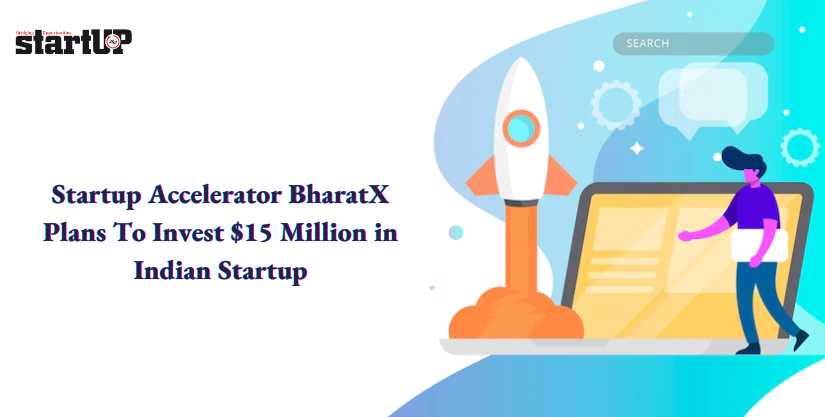 On November 17, startup accelerator BharatX revealed its plans to invest $15 million (or roughly 122 crores) over the following 18 months in the Indian startup ecosystem.

During the first iteration of the accelerator program, BharatX, a collaboration between India Accelerator and the think tank (CIEU), would fund each startup with between 1 and 5 crores.

In the previous 7 years, Indian startups increased from 471 to 72,993 which empowers the Indian tech wave. According to a BharatX statement, the company will invest USD 15 million over the next 18 months to develop and scale across India in order to create a Swadeshi Startup Ecosystem.

According to the statement, the swadeshi startup ecosystem in India has been growing as a result of the development of innovative technologies, young talent, and infrastructure to support them. BharatX also plays a role in facilitating that ecosystem’s growth.

“Bharat-specific startups from Tier 2 and Tier 3 cities need support from various ecosystems and initiatives in order to develop solutions for the country’s estimated 800 million future residents because India is now the third-largest startup ecosystem. Through specialized programs, Bharatx will close that gap and help the startup ecosystem to advance to the next stage “, CEO of BharatX Munish Bhatia remarked.

According to Ashwani Mahajan, a member of the BharatX Governing Board and the national co-convenor of the Swadeshi Jagran Manch, “It is possible to have a truly significant economic impact by accelerating startups and reviving growth in rural India and smaller towns. Rural areas and smaller cities, which make up the Real Bharat, have a great deal of potential to compete fiercely with the rest of the world in terms of cost, latent talent, and manpower “.