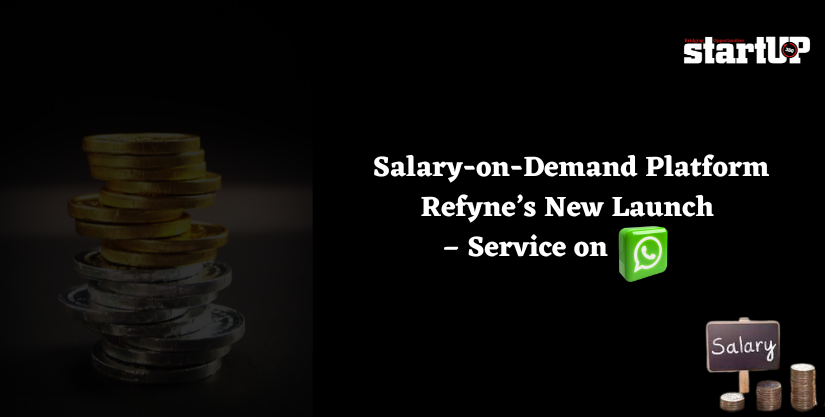 Refyne’s New Launch :Salary-on-demand platform Refyne has announced the debut of its services on WhatsApp, offering a quick, simple, and easy way to get salaries in real-time.

According to the company, Refyne is now the first financial wellness company in India to deliver salary-on-demand via WhatsApp. Employers can use Refyne to pay employees’ salaries between pay cycles as they are earned.

Refyne is now available on WhatsApp, making salary-on-demand accessible to a far larger audience that may be less tech-savvy but nevertheless familiar with the messaging app.

Users can get started by sending Refyne a Whatsapp message. They are led through a few quick and simple procedures to finish the necessary KYC, and after successful completion, they can start trading right away. According to Refyne’s privacy policy, the service complies fully with RBI legislation and employee data is kept private. Additionally, two-factor authentication is used for all transactions to ensure their security.

According to Chitresh Sharma, CEO & CO-Founder of Refyne, “In India, one-third of the populace lives paycheck to paycheck, and a sizable portion has no or limited access to credit. As a result, many people are underserved or go unmet for a variety of reasons, such as lack of financial literacy, credit information, or geographical limitations. We think that the fusion of technological advancement with sane financial goods can significantly advance financial inclusion. Given the widespread use of Whatsapp in India, we believe it to be a positive step toward making Salary On-Demand available to many Indians”.

The Refyne app is available on iOS and Google Playstore and supports 11 Indian languages.