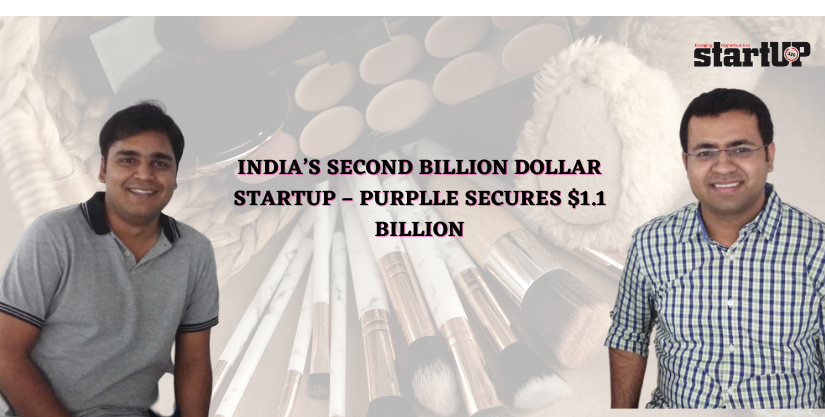 According to a statement from the business, Paramark Ventures of South Korea, as well as current investors Blume Ventures, Kedaara, and billionaire Azim Premji’s Premji Invest, secured $33 million in Series E funding.

Purplle, which is backed by Goldman Sachs Group Inc., is a major competitor of Nykaa, whose parent company, FSN E-Commerce Ventures Ltd., had one of India’s most successful market debuts just as global investment circumstances began to deteriorate. Nykaa’s current market capitalization is $8.7 billion.

There are already over 100 unicorns in India. Physicswallah, an ed-tech business, raised $100 million this week from investors including WestBridge Capital and GSV Ventures, for a $1.1 billion value.

Purplle, which has raised a total of $215 million, plans to utilize the funds to increase technical expenditures, establish private labels, and refine its products.

Taneja, Rahul Dash, and Suyash Katyayani, three engineers from the Indian Institute of Technology, launched Purplle, formerly known as Manash Lifestyle Pvt, in 2012. It handled $180 million in gross merchandise value in the fiscal year that ended in March, with 60,000 beauty and personal care items and accessories from over 1,000 brands available on its website and app.

Since the outbreak, niche companies in the beauty, fashion, food, and other areas have seen a substantial rise in online sales. Beauty product manufacturers, in particular, have witnessed a surge in sales as a result of marketing to young people. Brick-and-mortar stores are underserving the beauty and wellness market, providing chances for internet-based firms like Purplle.

Purplle caters to Indian buyers in the middle class who are seeking a decent price. It, like Nykaa, sells its own products under a private label. In India, consumers are rapidly gravitating toward these newer, lower-cost products, many of which claim to be chemical-free. New rivals, such as MyGlamm, which is backed by Amazon.com Inc., are entering the market.