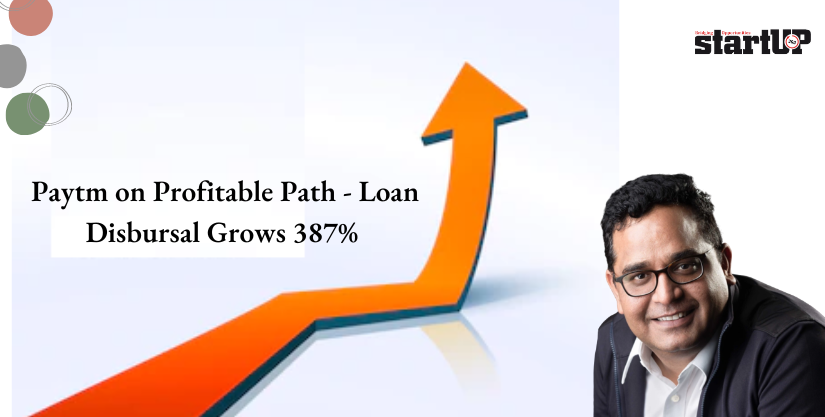 Paytm on profitable path: Vijay Shekhar Sharma, the chief executive of Paytm, wrote a letter to the company’s shareholders stating that the company is on the right track to profitability and free cash flows following its most recent quarterly reports which demonstrated strong operating leverage and a decrease in EBITDA losses.

According to the company, disbursements through Paytm’s platform reached an annualized run rate of 37,000 crores in the month of October, indicating that the loan distribution business is still expanding quickly. In the month of October 2022, the total amount of loans disbursed increased by 161% year over year (YoY), from 3.4 million loans to 3,056 crores, a growth of 387% YoY.

“I’m happy to provide our operating metrics report for the month of October. We are now enthusiastic about the upcoming year of our journey as we get close to EBITDA profitability and free cash flow generation in light of our most recent quarterly results, which demonstrated good operating leverage and a reduction in EBITDA losses” CEO Sharma remarked.

“We arrived in the public marketplaces a year ago. We’re conscious of the expectations that Paytm raises, and I can promise you that we’re headed in the correct direction toward profitability and positive free cash flow,” he continued.

The company reported that over the past few quarters, its focus has been only on volumes that generate profitability, either through net payments margin or direct upsell potential. The total merchant GMV processed through its platform for the month of October 2022 totaled 1.18 Lakh crore, marking a y-o-y growth of 42%.

The company’s net loss increased to $571 million in the July–September period from $473 million a year earlier, but it decreased from $650 million in June–July 2022 quarter.