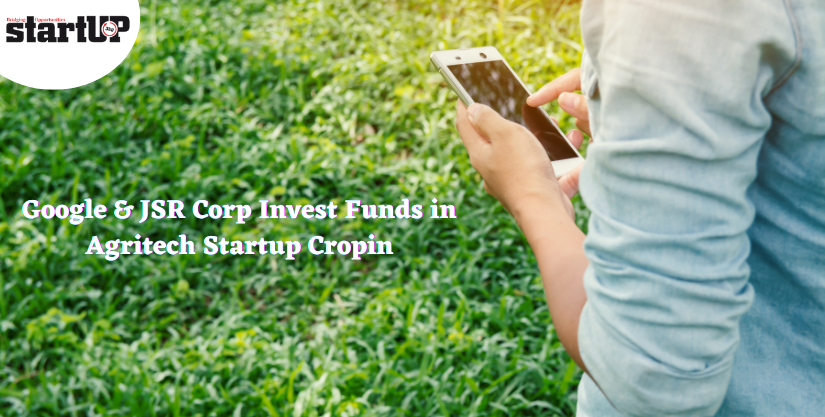 The platform announced on Monday that Google has invested in the domestic agritech startup Cropin in its most recent Rs 113 crore round, which also included JSR Corporation and current investors ABC Impact and Chiratae Ventures.

To meet the rising demand for digitisation and predictive intelligence in the global agriculture sector the funds will help to build Cropin Cloud, the company’s intelligent agriculture cloud platform.

Krishna Kumar – Cropin’s co-founder and CEO said, “Cropin’s mission is to revolutionise the way food is grown by making farms and harvests traceable, predictable, and sustainable. As a result of our partnership with Google and other leading global technology companies, which further demonstrates our competence and establishes our position as a pioneer in the digitalization of global agriculture, we are thrilled about the future

Cropin Cloud, a pioneering platform for the digital transformation of agriculture, was introduced in September of last year.

With the help of this round of funding, Cropin will be able to increase its go-to-market spending and enhance the platform’s features, including creating cutting-edge predictive intelligence products through Cropin AI Labs.

Every acre of arable land in the world should have access to predictive intelligence, according to Cropin AI Labs.

Cropin also intends to increase the scope of its commercial operations in new geographies and sectors, concentrating on the development of large-scale solutions to problems relating to global food security and promoting sustainable agricultural practises.

With the help of more than 250 B2B partners, Cropin has digitised 16 million acres of farmland, bringing benefits to over 7 million farmers.

According to the business, Cropin Cloud’s intelligence platform has already offered predictive intelligence for more than 200 million acres of agricultural land worldwide.