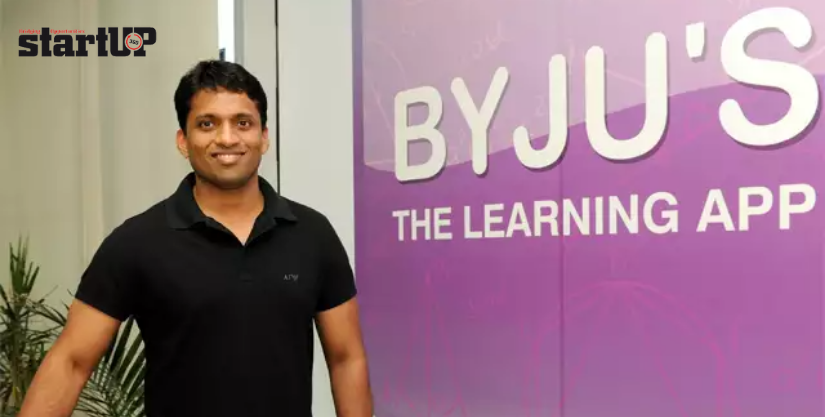 Success Journey of BYJU’s: Imagine that you are in a crowded classroom listening to the instructor explain a key concept. You can’t understand a word that is being spoken in class, yet everyone else seems to be understanding what the teacher is explaining by nodding their heads in agreement. Do you relate to this circumstance? Whether you like it or not, students have run into situations like these at least occasionally. The teacher is unable to provide each student in the class with individualized instruction because everyone learns differently.

Fortunately, this gap is closing because to the Edtech sector’s rapid growth. In India, BYJU is a name that is indispensible when it comes to educational technology. Learn more in the following paragraphs about the engineer who established the world’s most valuable education technology company.

Byju Raveendran is the founder of BYJU’s Classes, educational technology business with the tagline “Fall in love with learning.”

Founded in 2011, BYJU is a Bangalore-based provider of online instruction and coaching. It runs on the freemium business model. The parent firm of BYJU is known as Think and Learn Pvt Ltd. Its primary goal is to offer online video lectures for coaching to pupils in grades 1 through 12 who are preparing for competitive exams like the NEET, CAT, GRE, and GMAT.

Byju Raveendran, the company’s CEO, and founder was born in Azhikode, Kerela, in 1980. He earned a B.Tech in mechanical engineering from the Government Engineering College in Kannur, Kerela. Before starting BYJU, Byju Raveendran worked as a service engineer for a significant shipping firm. But his desire to teach was what spurred him to start BYJUs.

While he was still working, he started helping his friends while they prepared for the CAT exam, which functioned as an entrance examination for the best business schools in India. Byju passed the test with a flawless score, measuring himself! Instead of enrolling in an IIM, he helped students prepare for math examinations.

His former students who later earned IIM degrees encouraged him to start teaching at BYJU. To produce educational resources for students, “Think and Learn Pvt Ltd” was afterwards established. In the first year after its launch in 2015, more than 5.5 million users downloaded Byju’s – The Learning App.

Byju’s uses a freemium business strategy, offering both free and premium (paid) services to customers. The student’s information is requested on the business’ website or application in exchange for a free 15-day trial. After the free trial, the student must buy the courses from BYJU in order to access the complete content. The company provides one-on-one mentoring to its clients and provides feedback to the kids’ parents. BYJU’s offers classroom instruction in Noida, Gurgaon, and other places in addition to online instruction.

The aim of BYJU was to double revenues to $1 billion in the fiscal year that concluded in March 2021. For the 2019–2020 fiscal year, the company’s earnings increased by 81 percent to Rs 2,434 crore. At the start of the following fiscal year, payments started to come in for BYJUs.

BYJU’s has officially disclosed the expansion it underwent in FY20. Here are a few of the important points:

Byju’s anticipates making Rs 10,000 crore in sales in FY22. However, the company has not yet made its FY21 earnings public.

As of today, Byju’s will start offering a hybrid model that will allow its students to take classes at physical/offline institutions. The innovative hybrid educational strategy has already started a Kickstarter campaign, and if it is successful, the Edtech decacorn will spread across the country. The “BYJU’S Learning Centre” would be the name of the hybrid learning facilities, which would first focus on math, physics, chemistry, and biology. Byju’s seems to have finished the circle.