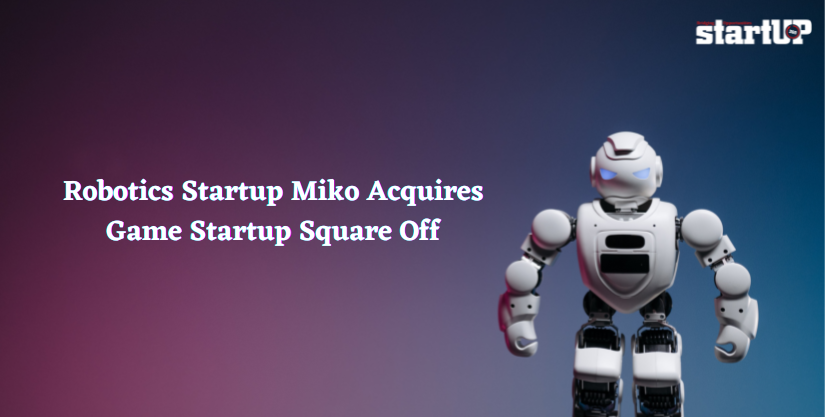 An automated board game startup called Square Off has revealed that robotics startup Miko has acquired a controlling share in it.

Miko acquired 70% ownership in Square Off, enabling the existing shareholders to exit the business. With the acquisition, Miko will broaden its product offering beyond the AI robot companions that first made it famous, according to a statement from the startup.

According to Sneh Vaswani who is the co-founder and CEO of Miko, “The acquisition is a logical fit for two businesses that share a passion for robotics and education”.

As per Miko, kids who actively utilize Miko 3, one of its best-selling robots, improve their speaking abilities, involvement in academic pursuits, and physical activity by an average of more than 45%.

In fact, Square Off creates interactive board games like chess that can adjust to the skill level of the player by utilizing robotics and artificial intelligence (AI).

According to Vaswani, Miko robots will soon be able to converse with Square Off smartboard games and act as teachers who educate kids on how to play board games like chess and checkers.

Square Off cofounder and CEO Bhavya Gohil remarked, “We are excited to join forces with Miko on this adventure to transform edutainment for kids.”

Co-founder and chief technology officer of the startup, Atur Mehta, claimed that the change will “bring new levels of innovation, design, and interaction to the area.”